Borrowed by Lucia DiStefano is out now!


“VERDICT: Both literary and sensational, this will appeal to thoughtful readers looking for a little fun.”—Beth McIntyre, School Library Journal

“In the first two acts of the novel, the combination of debut author DiStefano’s lyrical prose and effortlessly nuanced characters makes for a gripping and heart-wrenching read.”—Kirkus Reviews

“The premise is engaging and contains an interesting concept of memory and humanity with beautifully written prose.”—Booklist

As I write this, Borrowed, my debut YA novel, has only been in the world for one week: an exciting week—and a bit of a surreal one, as I think about people picking up my work without me putting it in their hands first. Recently, I participated in my first author panel at the YALSA (Young Adult Library Services Association) conference in Salt Lake City, where one of the questions really got me thinking.

The question was about failure: “Tell us about a time when you failed hard.”

I nearly shot out of my seat to volunteer (and I’m not quite sure what that says about me, that I was so eager to publicly talk about my failures). Maybe the reason I was so quick to engage with that question is that I feel like I have finally, finally learned something from failing so often and so hard, and I wanted to share it with others who might be similarly struggling. And when I talk about “failure,” I’m not referring to the failure to get a novel published for so long (which is true enough, since I actively tried for over ten years with several different novel manuscripts and with only near-misses to show for it)—but failing to recognize where my true control—and therefore my peace—really lies.

Many years ago, my agent sent over a rejection she’d received for my second novel manuscript (we hadn’t sold the first, and I’m not talking about the first I’d written—but about the first to have gotten shopped around). The editor included this slaying statement in her email: “Lucia’s writing style is overwrought and self-conscious.”

Well, instead of just allowing myself to be doubled over for a bit, finding comfort in a butterscotch sundae, shaking it off, and deleting the damn note, I sank really low—to a depth that surprised even me. Weakly telling myself that that was just one person’s opinion, I decided I needed a colorful way to rid myself of those words. I printed out the email and then made a big deal of burning it in the fireplace (only after relocating the cat to the laundry room; she had a thing for crawling into the fireplace, which is why, other than for that ceremonial slash-and-burn, I never used it).

As I watched the paper curl and char and finally disappear, I imagined I felt better. Lighter. Freer.

Somewhere along the way, I had given an inordinate amount of power to anyone in the publishing industry. I had confused their opinions with fact—and even worse, with indictments. So I told myself I wasn’t a good enough writer and that I therefore needed to stop writing, even though, when it came to pursuits, reading and writing had been the only rewarding constants in my life for as long as I could remember.

That was the failure: that I stopped writing—not that I received a lousy rejection (heck, I had a copy of Rotten Reviews and Rejections on my bookshelf; I knew that some of the most celebrated works ever had been trashed before or after they were published).

But despite all that I’d told myself, I grew less and less like myself as the writing-less days wore on. The symptoms mimicked those of caffeine withdrawal: headache, fatigue, irritability (lots of that one), feeling blah all the time. And because I had conflated writing with trying to get published—and because I wanted to prevent myself from hurting that way again—I stopped writing for several months. The fact that I divorced myself from what I really wanted to do (dream up stories and shape them into novels) was the biggest failure of my professional life.

But I shall not leave you at failure! The debut author panel ended by circling back to that question and flipping it over to this one: “Talk about a time you succeeded and were proud.”

It would be easy to say that my biggest success was winning the 2018 Helen Sheehan Book Prize and therefore finally breaking into print. However, beyond putting in the work and writing the best manuscript I could, the judges’ decision was beyond my control. The winning wasn’t success; the fact that I kept writing, despite so many extrinsic defeats, was the real success for me.

Considering how agonizing the business end of writing can be, I don’t know exactly why I had decided all those years ago that I wanted/needed to keep writing, even in the face of rejection after rejection. But maybe that wasn’t mine to figure out. It was enough to know that the act of writing fed me somehow. It made me feel connected—connected to the most authentic part of myself and connected to the world at large. And no cranky editor could keep me from writing and reaping the intrinsic rewards.

Maya Angelou said that “success is liking yourself, liking what you do, and liking how you do it.” And that, dear readers, is the stuff that’s always within our control, no matter how many times the world outside us says no. 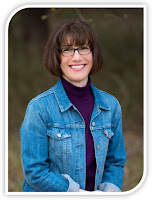 A former high school English teacher, Lucia DiStefano currently works as an editor, ghostwriter, and writing coach. First-generation Sicilian-American and daughter of an olive farmer, she admits to having recurring pasta dreams. Hailing from central Connecticut, Lucia lives near Austin, Texas with her husband and an old bloodhound named Waffle. 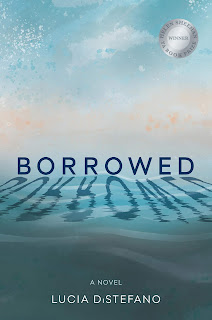 Love, mystery, and danger collide in this new literary thriller with the dark heart of a Gillian Flynn novel and the lyrical prose of Jandy Nelson’s I’ll Give You the Sun.

As seventeen-year-old Linnea celebrates the first anniversary of her heart transplant, she can’t escape the feeling that the wires have been crossed. After a series of unsettling dreams, inked messages mysteriously appear on her body, and she starts to wonder if this new heart belongs to her at all.

In another Austin neighborhood, Maxine braces for a heartbreaking anniversary: her sister Harper’s death. Between raising her brothers and parenting her grief-stricken mother, Max is unable to ignore her guilty crush on Harper’s old flame or shake her lingering suspicion that her sister’s drowning wasn’t really an accident. With Harper as the sole connection, Linnea and Maxine are soon brought together in fantastic and terrifying ways as the shocking truth behind Harper’s death comes to light.

I received an eARC of this book from Elephant Rock Books in exchange for an honest review.

Meet Linnea, almost 18 and not quite at the momentous one year post transplant mark. A budding pastry chef in Austin, Texas, Linnea fears she's on borrowed time. An increasing number of dreams and unusual cravings for things she's never liked make her question if this heart is really hers to keep.

Across town Maxine is living in a fog of grief. Devastated by the sudden death of her sister Harper, yet unable to focus on her own grief, Maxine is the only thread keeping her family afloat. While her mother is drowning in grief, Max tries to focus on caring for her younger brothers Will and Race. Max has her own feelings to deal with too; even with help from her best friend Shelby and Harper's boyfriend Ezra, Max is barely getting by.

Harper's death gave Linnea a chance to live, but as the line between dream and reality blurs, Linnea is drawn towards what would have been Harper's life. Is becoming Harper even possible? One desperate to save herself, and one struggling to understand what happened to her sister, Linnea's and Maxine's worlds will collide, taking readers on an unforgettable journey into the unknown.

THOUGHTS: Honored to be selected for the blog tour, I was excited to read Borrowed because my students are always asking for mysteries. What begins as a seemingly innocent story about grief and life abruptly transitions into so much more. DiStefano's multiple, well-developed narrators vie for attention in this fast-paced, genre-blending thriller. Buckle up because this book will take readers on a wild and unpredictable ride.

And more to come, including an a podcast special at The Writing Barn and an event with book blogger, reviewer, and YouTuber BookRatMisty!